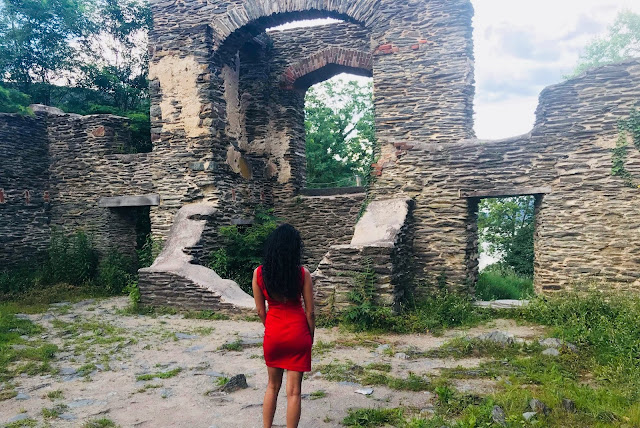 You guys!! I have wanted to do this post for a VERY long time. I went over 4th of July break to Harpers Ferry, West Virginia with my bestie to take some photos.
I grew up in Harpers Ferry, but I don’t think my parents ever took me to explore old town. I certainly would have remembered if I had been there. It’s a stunningly gorgeous little town over looking the point where the Potomac River and the Shenandoah River meet.
I took my girls for an adventure there earlier in the year and our trip quickly turned into my location scouting for a photo shoot. I fell in love with the scenery and I knew I HAD to do a shoot here.
Harpers Ferry is jam packed with history,  and I LOVE history. The town was used as an armory and arsenal during the Civil War.
Harpers Ferry was visited by both George Washington and Thomas Jefferson. Three Civil War battles were fought there.  also home to the very first college for African Americans! The college helped to educate freed slaves.
Upon touring the town, I was able to learn about the people that lived here years ago. Many of the people are burried at Harper Cemetary, which is located at the top of the town overlooking the church and the river.
I really wanted to do a historical then and now shoot, and i’m SO glad we were able to make it happen. I wish I had gotten more photos, but I wasn’t feeling my best so I just took the pics that were my favorite!
First let’s visit Harper Cemetary.
This is a four acre cemetery set aside by Robert Harper. He was an architect and came across the land in 1757. He didn’t have children and was buried in the cemetery when he died in 1782.  Information was found here if you want more details.
Here is an old photo of the Cemetery. 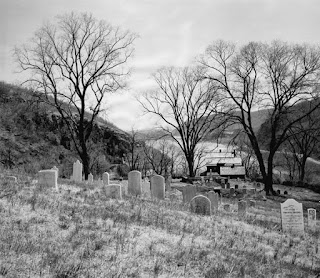 Here is what it looks like today. I don’t know how to describe it really, but I felt an incredible sense of calm and peace when I visit this cemetery. It’s absolutely beautiful. This photo was taken earlier this year on my location scouting trip. 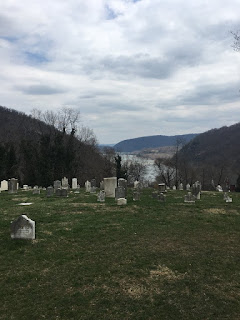 My absolute favorite part of Harpers Ferry is the Ruins of St Johns Episcopal Church.
This church was built in the 1800’s, but was used as a hospital and barracks during the Civil War. The church was heavily damaged during battle and was rebuilt after the war, but abandoned for good in 1895. The ruins are absolutely gorgeous and it was my favorite place to shoot!
Here are some photos of the church before. 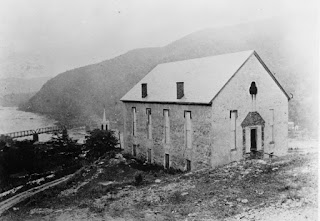 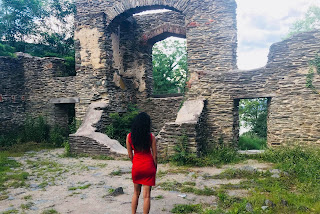 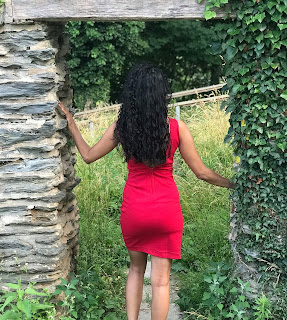 Next, we will visit another stunning historical site. The stunningly beautiful stone steps were carved sometime in the 19th century. There are tons of photographs of the steps throughout the years and I was delighted to have some in my collection! 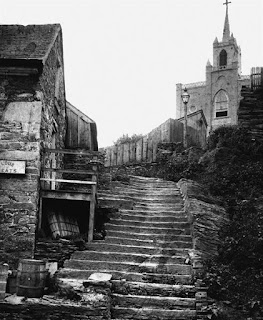 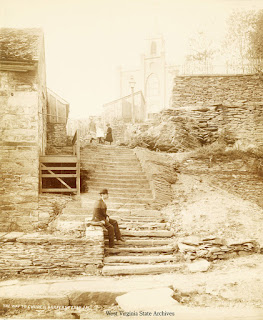 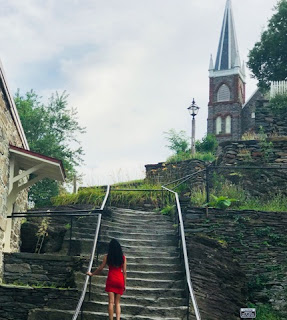 I’ve got a few more images to add, I’ll put them together later today!
Have you joined my exclusive Facebook Group yet? If you are a beauty, fashion, lifestyle, or travel blogger then this group is for you!